Foto's
Dolfijnreis 2002
Water
English Version
O'Pen House
DA 2008: Decaday
Dolphin Address 22
June 22th 2008
Those who regularly travel on my train of thought know that I am modesty personified. That is a fine quality on which I only draw credit by exception. Such an event occurs now. On the 27th of June it is not only my birthday, it is also my decaday;
I am going to be 60.
For that matter a funny blooper will expire. If someone would ask me how old I am, I let my tongue run into Dutch and say: ‘Negen en vijftig, eh, ninety-five’. Upon this I would be very congratulated, as I didn’t look a day older than fifty-nine.
Now it is going to take another seven years before I can dig (up) this joke again.
Lots of people are not so happy at all having their birthday again. Yeaars ago I was radically cured when, by one word, I was added to the aged. 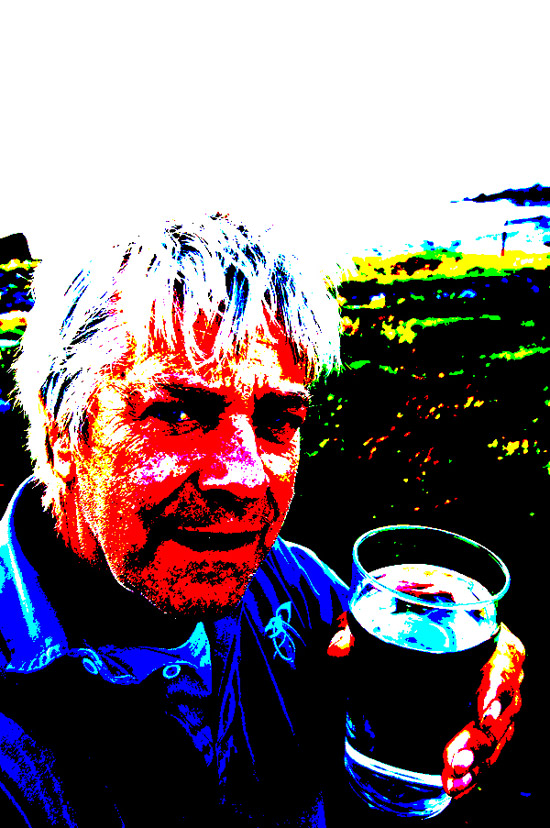 I travelled on a train myself and was all stuffed up. For relief I had bought a roll of cough mints. I’d suck the mint vacuum and then let it fill up with saliva. It would melt on the tip of my tongue and next I’d spread the sweet goo in my tormented throat. When a girl got to sit down opposite me I saw in the blink of a well-trained eye that she was ravishing and had also picked up a cold. Immediately I realised that an extended category of remarks and conduct was going to be suspect.
When she had to cough, and again, a dilemma rose in my eyes. When I would take another mint, should I offer her one?
She could see it as a come-on and I had rather a long way to go. But if I would only take one myself she might think I was a heartless person who turned a blind eye to a fellow-sufferer.
After a few stations she was still there and I took a bold decision: ‘Would you like a cough mint?’
And then she said: ‘Thank you, sir.’
Ever since I have come to grips with this age addiction, it does not bother me no more. Just like gravity. When I leave the water: how I hate gravity, I’d vote against it if I could.
But me, when I am in the water, it does not bother me no more. Notteboddder.
Jan Ploeg, White Strand, June 24th 2008
back
print version